AFPA is Federation of national psychiatric societies and associations on the continent of Asia aiming to achieve the goal "Excellence in Asian Psychiatry".

Message from the AFPA President 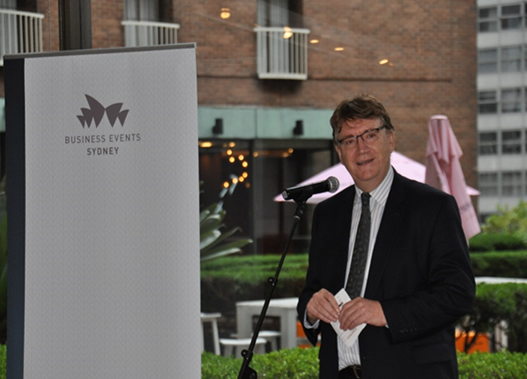 It is a great privilege to be writing this for The Bulletin of the AFPA as I assume the role and responsibilities of the president of the Asian Federation of Psychiatric Associations (AFPA). I am honoured to have the opportunity to work with you all for the next two years.

As my first step, I would like to express my deep appreciation to our immediate past president Afzal Javed (Pakistan) for his leadership and efforts to raise the profile of the AFPA and its initiatives and activities. I would also like to thank the executive committee (2017 - 2019), council members and honourary fellows for their guidance.

I am looking forward to continuing an active engagement with member societies to progress AFPA’s objectives, in particular to share psychiatric knowledge, skills and practices among Asia and Pacific countries to improve care of the mentally ill in the AFPA region. Among the issues we would particularly like to focus on, and potentially develop joint positons around, are the recruitment and retention of an appropriate workforce to meet the population’s mental health needs, the promotion of mental health issues to Asian communities and the role and scope of mental health legislation.

In this issue of the Bulletin, you will find a summary of the 7th World Congress of Asian Psychiatry (WCAP) held in Sydney 22 - 24 February, 2019. The WCAP was a great success, attended by more than 350 participants from more than 30 countries. I would like to thank the hosts, the Royal Australian and New Zealand College of Psychiatrists for their organisation and a most enjoyable congress.

During the 7th WCAP in Sydney, the AFPA executive committee for 2019?2021 were appointed as follows:

I look forward to working with this committee to further the aims of objectives of AFPA over the next two years. (The author declares no conflicts of interest in writing this address.)

Let me first express my sincere thanks to all of you for supporting me for the leadership of the Asian Federation of Psychiatric Associations. This is indeed an honour and privilege to work with Asian leaders in Psychiatry and contribute towards collective efforts for improving mental health in our continent.

I am personally grateful to Prof Kanba, our immediate past president, who had played a vital role for not only his leadership in this organisation but also importantly for his exceptional work to strengthen Asian solidarity and improving the vision and philosophy of AFPA. Our past presidents including Prof Shinfuku and Prof Pichet Udomratan also need to be acknowledged for their role in leading this organisation in the difficult periods of time. Similarly AFPA’s Executive committee, Council members and the Honorary Fellows continuously provided and guided with their wisdom and expertise.

The success of our recently held 2017 WCAP in Abu Dhabi will always be remembered as an important milestone in AFPA’s history. The local organising team under the leadership of Dr Samia Abul and the scientific committee under the patronage of Prof Norman Sartorius provided us an opportunity to enjoy a high standard scientific programme and unforgettable hospitality. AFPA has now emerged as an important regional association and its affiliation with World Psychiatric Association is going to be an important aspect of its future role in international psychiatry. The active partnership of all our Asian member societies in the functioning of AFPA is continuously supporting AFPA’s mission and philosophy. It is true that we are witnessing a global change in our underdoing of the mental health issues; we are still far behind in many aspects of provision of an ideal mental health care for our patients. Asia, the biggest continent in the world, is also faced with the enormous challenges in mental health and struggling in many aspects of policy and provision of care. Although it is claimed that this is the century for Asia as many Asian countries are showing excellence in areas of economy, financial stability and social development but unfortunately we are still struggling on the mental health scene.

We do have some highly developed countries in in some parts of our continent with impressive mental health policies but most of our population is still suffering and experiencing numerous difficulties in availing even basic mental health services. The limited provision of infrastructure along with a lack of resources and capacity building is posing a major challenge in the field of psychiatry. We do live in the 21st century but when it comes to stigma and discrimination for our patients and equally for our profession, we are still struggling a lot and stay far behind the acceptable standards of modern civilisation. Furthermore mental health is marginalised in many other perspectives. Whereas there is a general consensus that around one fourth of our general population suffer from mental health difficulties and problems, the provision of care is not prioritised in the national health policies. Despite the growing burden of urbanisation, less emphasis is placed on mental wellbeing as compared to other physical health issues. The issues relating to the physical wellbeing of mentally ill are equally neglected especially due to lack of recognition of these problems both by mental health and other health professionals. Similarly lack of recognition of our speciality in medical education and training programmes, limited opportunities for nurses, psychologists and social workers training are norms rather than exception in many Asian countries.

AFPA now assumes an important position in the profession and as a represented organisation for mental health; its role is gaining more importance especially for raising & highlighting the professional issues. This is also what we foresee as our future work at our organisational level & also as a guideline for our future role in supporting the mental health professionals and policy makers for their work. We do acknowledge that there are a number of areas that require urgent attention. During the Abu Dhabi WCAP we were able to concentrate on some of the emerging needs by organising three round table plenary sessions on Teaching & Training in Psychiatry, Urban Mental health and Physical co-morbidity of Mental Health disorders. These are not the only issues that we need to concentrate but are definitely on our list of priority. We hope that with the support of our member societies and with the continuous guidance from our leaders in Psychiatry, AFPA will also be able to highlight all other challenges and problems in our speciality.

AFPA would therefore request your active involvement in our future activities and also your advice in planning and delivering further programmes in different fields of mental health will be highly appreciated.

I once again thank all of you for your support to AFPA and look forward for receiving your feedback and further input to our future work.

It is my great honor to succeed Professor Pichet Udomratn as President of the Asian Federation of Psychiatric Associations (AFPA). Professor Udomratn has been a wonderful president. Over the past two years, he has been extremely enthusiastic about the development of the AFPA, contributing marvelous ideas and guiding important projects. Owing to his presence, the AFPA is now very well recognized in the Asia-Oceania region.

The AFPA is an important association for Asian psychiatrists. It is a core organization around which we gather to discuss problems and ideas related to mental health solutions from many countries. Asia is characterized by its diversity, and although we may have many differences, we also have many similarities. The experiences of one country are always useful to another. This congress is the perfect platform to meet old friends and to make new ones.

However, it is also true that the AFPA is still a relatively young association, and we therefore have many goals to achieve.

With your collaboration and support, I am honored to devote myself to increasing the presence of the AFPA and improving mental health in Asia for the next two years.

It is my great honour and pleasure to become the new AFPA President following the footstep of our beloved Prof. Shinfuku. Although I became the President of the Psychiatric Association of Thailand for 2 consecutive terms and also served as President of the ASEAN Federation for Psychiatry and Mental Health 5 years ago, but leading the big organization like AFPA is very challenging for me. I hope all of you have known of what had happened in AFPA in the past 2 years. I promise to put all of my effort to bring back the unity and collaboration among Asian psychiatrists and Asian national societies. I am confident that with the great help and support from the new Executive Committee of AFPA which include Prof. Shinfuku as the Immediate Past President, we will, of course finally reach to that goal.
May I propose our strategy for the next 2 years during my termship as the President by using the abbreviation name, similar like AFPA but with different words and meanings :

So, within the next 2 years, we will look forward to the better mental health of people in Asia by implementing academic activities for Asian psychiatrists through their national societies which appropriate for their context, encouraging of sharing experiences for the better care of our patients and of course promoting collaboration among national societies in Asia. Results from these activities will be exchanged and presented at the next World Congress of Asian Psychiatry in Fukuoka in 2015. We need your help and your continuous support to bring back the unity and collaboration among Asian psychiatrists and our executive committee look forward to receiving your advice and suggestions for guiding us to reach that ultimate goal.
Once again, thank you for your great and continuous support.